As of late, one of my good buddies has been on my head about the Teenage Engineering OP-1 as a mobile solution for music producers and beatmakers. He’s already joined team OP-1 and we’ve been going back and forth about it’s capabilities and it’s inspiring workflow. I must admit that I’m very impressed by the OP-1 but at $799, it’s a very expensive device for mobile music production and it requires quite a bit of thought before purchasing. If money were no object, I probably would have purchased the OP-1 without question, but that’s not where I’m at financially (as with most of my buddies).

The OP-1 as well as the Akai MPC Live have lead me to begin looking at the landscape of mobile music production solutions again. I typically do all of my music production in a studio environment, but there are times that I wish I could change scenery so that I don’t go stir crazy being confined in the studio every time I want to be creative. On top of that, I have times where I travel to Berlin for work and would like to have the option to carry a lightweight solution for my production setup. Besides a few hardware options, iOS has always been top of mind for me as a solution because of the price and functionality. Although iOS offers great price performance, I’ve had my share of issues with iOS which kept me from fully embracing it as a mobile solution. Here’s the main issues I’ve had with iOS:

1.) Connectivity- iOS was not created for music production and many of the early iOS devices require the “camera connection kit”, which is not my favorite option for connecting peripheral devices. I’ve used the camera connection kit with everything from my Motif ES6 to my LPK25 in the studio with success, but mobile is a different story. The camera connection kit really limits me to a single USB peripheral connected to the iOS device. On top of the physical connectivity, I also don’t enjoy having to jump through several different apps to get all of the sound options that I would normally use in my production. Interapp Audio, AudioBus, Audio Copy etc, are all viable solutions but they also make things a bit more complex than I’m looking for in a mobile setup.

2.) Battery Life- Another major issue for me is the battery life when using USB peripherals with an iOS device. For iPhone there is a very limited set of devices that can actually be powered by the iPhone, otherwise you must use a battery powered peripheral. For the iPad you can get away with a little bit more on the power side, however you sacrifice the ability to charge the device when using a USB peripheral. This means that I have to be very conscious about the battery life or risk losing a beat when the battery dies. I’ve tried other things like IK Multimedia powerbridge, however that device only works with IK Multimedia gear.

After going over the features of the OP-1 with my buddy, I started looking at Korg Gadget again as a mobile solution because it offers many of the same types of features i.e synth engines, samplers, audio tracks, etc. I’ve had Korg Gadget on iOS for quite a while and didn’t really do much with it in the past. I used it primarily on my iPad 2 without a MIDI controller and wasn’t that excited about the workflow. I recently decided to give it another try on my iPhone 5S this time, using a Korg NanoKey Studio via Bluetooth as the controller. This made a huge difference for me and gave me a whole new perspective of the Korg Gadget software. 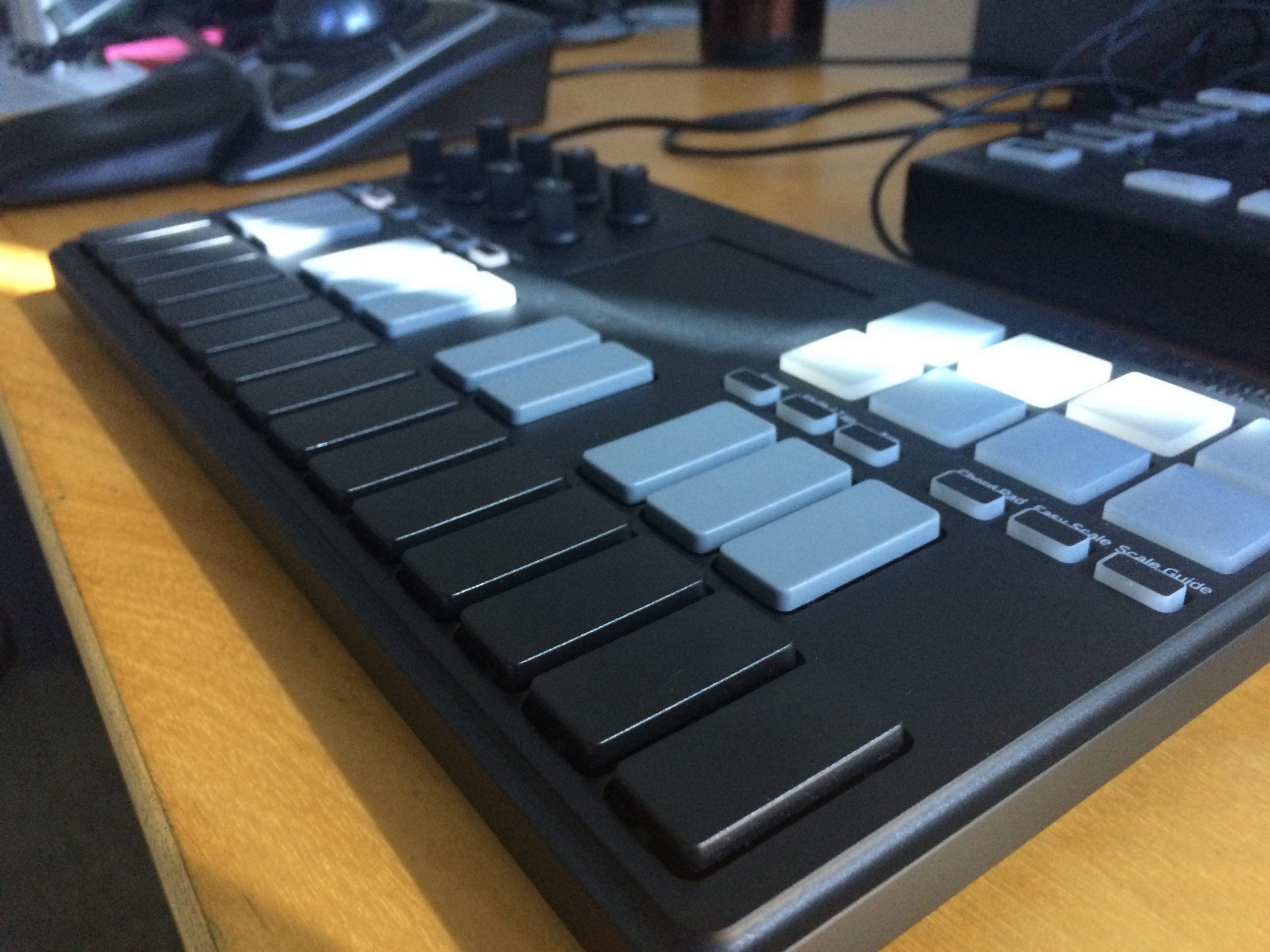 So far I’m digging the NanoKEY Studio as a midi controller in general. It has 25 velocity sensitive keys,a dedicated sustain button, X/Y pad, Pitch/Mod, 8 Velocity sensitive drum pads and 8 endless encoders. When used with Korg Gadget it has some really nice default MIDI mappings that allow it to control Korg Gadget in some very convenient ways. The workflow in Korg Gadget is vastly improved when used with the NanoKEY Studio controller via bluetooth. I was able to eliminate the need for the camera connection kit and just connect to my phone wirelessly.

I recently took some time to work out a quick track with the setup using my iPhone, Korg Gadget and the NanoKey Studio:

This is the first beat I made using the Korg NanonKey Studio with my iPhone 5S and some headphones. This is just a quick loop, however at 12 tracks, its much more than I could do on the OP-1 without consolidating and resampling several times. I’m just at the beginning stages but as of now, I can say that this discovery has quelled my gear lust for the OP-1 at the moment. I will keep you posted and possibly do a video on this topic in the coming days.