5 lessons we can learn from the Luke Cage soundtrack

Altruwest » 5 lessons we can learn from the Luke Cage soundtrack 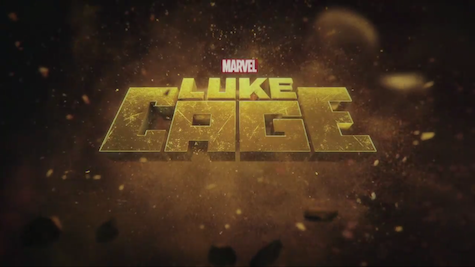 By Source, Fair use, Link

If you’re not already familiar with the new Luke Cage TV series on Netflix, I highly recommend that you take some time out of your schedule and watch a few episodes. The Luke Cage show is based on the Marvel Comics character Luke Cage from the 1970s. The show is based in modern day Harlem, New York and features a Black super hero with unbreakable, bulletproof skin and superhuman strength. The show surprisingly displays a great deal of social consciousness and awareness which was admittedly unexpected by me.

Although the show is sometimes over the top in its content, the most impressive aspect for me is without question the score and soundtrack. If you’re a music producer or composer this show’s themes will without a doubt, send you into an instant nostalgia with its fusion of late 1960s Spaghetti Western, 1970’s Blaxploitation, and 1990’s Hip-Hop. I was so inspired by the music and soundtrack that I wanted to address the deeper implications of this soundtrack from the music producer’s perspective.

Here are 5 lessons we can learn from the Luke Cage soundtrack as music producers:

1.) Analog is not dead. The Luke Cage soundtrack features a ton of vintage analog recordings giving it a very distinct time appropriate texture. Adrian Younge and Ali Shaheed Muhammad do an excellent job of using live instrumentation with a vintage recording chain to create a score that rivals 1960s and 70s spaghetti western movie scores. You can hear the analog tape sound all through the recordings on this soundtrack. If you’re looking to achieve a similar sound as this soundtrack, think analog and vintage equipment. Don’t bother trying to use digital emulations, use the real thing. As a music producer it’s important to use the right equipment based upon the sound you ultimately want to achieve. In the case of a retro vintage vibe it may require you to spend some money to work with musicians and record in a more traditional manner.

2.) Dynamics are a key element in creating a sense of emotion in music. When we talk about dynamics, it’s not limited to the volume of the sound but also the performance and the composition. Many of the tracks feature compositions that start with very sparse often-spacey melodic phrases creating a suspenseful mood. Then seemingly out of nowhere we are barraged by hard hitting drum patterns and sinister melodies that are layered to create a wall of sound. These dynamics make the tracks highly entertaining and exciting because there’s a sense of unpredictability in the music. It’s important to use dynamics when creating an emotional connection with the listener as a music producer. Your music should not simply be a monotone wall of sound; it should have compelling layers that evolve throughout the course of the song.

3.) Socially conscious music can still win. Luke Cage’s story line is very socially conscious addressing the ills of capitalism, classicism, prejudice and racism from an urban perspective. Although a good majority of the music is instrumental, pay attention to the song names such as: “Crispus Attucks”, “Bulletproof Love”, “Greed becomes me”, and “Survival”. These names clearly use double entendre with deeper messages than just “turning up” or “showing off”. It’s important that we as music producers inspire songwriters and artists with our themes and concepts if we want music to become more positive or reflective of reality.

4.) Heavy Synths and 808s aren’t always necessary. Although there is a clear Hip Hop influence in the sound track, the music is not overloaded with 808s and digital synth sounds. It’s important to realize that there are many sound palettes and orchestration concepts that we can use as producers and composers. People respond very well to live instrumentation in general so you can usually win with well-written traditional instrumentation if it’s soulful. More importantly we as music producers need to stay open to using different instrument combinations and not solely rely on the same sounds everyone is using now. Luke Cage’s soundtrack comes completely from left field when compared to mainstream urban music and fans highly enjoy it.

5.) Instrumental records don’t have to have a typical pop song format. Many of the tracks on this soundtrack are less than 2 minutes of complete music however they are highly effective because of their emotion and dynamics. As music producers we should be conscientious about our arrangements and make sure that we are not just creating formulaic, templates music all the time. Sometimes you need to break the song format mold in order to convey the emotion of a song correctly. We should be open to search for the arrangement that best works with our intention in our music.

I hope to hear music producers not only sampling the music from this show but even more so being inspired to create outside the box.

Working on Beats Vol 3- From The Vaults